This is a cross-listed course! (You may choose to take it for one of two discipline credits.)

DESCRIPTION: Florence has long been a haven for British and American feminist discourse and debate over questions ranging from gender roles to sexuality, from anti-feminism and anti-anti-feminism to male-centricity and womansim. is course will explore the feminist debate through stories, plays, novels, autobiographies and lms—some composed by women and others composed by men, all composed in English by British, American, or Italian artists. e course will cover movements and genres from the Middle Ages, the Renaissance, and the 18th – 21st centuries.

Unit One:
Boccacio and Chaucer and the Medieval Woman
Giovani Boccaccio’s influence on Geoffrey Chaucer (Boccaccio was an Italian Humanist from Florence and Chaucer visited Italy several times). We will also examine contemporary filmmaker Pier Paolo Pasolini and his cinematic adaptations of works by these two medieval authors. The exploration will be of the medieval debate between anti-feminists and anti-anti-feminists—a debate that anticipates the founding of feminism during the Renaissance.

Unit Two:
The Birth of Feminism and Shakespeare & Zeffirelli and the Influence of Feminism
Italian Filmmakers’ fascination with English language works goes far beyond so-called “Spaghetti Westerns”. Franco Ze relli, who was raised by British Female ex-patriots in Florence, makes for a fascinating case study of British feminist and Shakespearean influences over this Italian’s aesthetics and ideas of womanhood. But the case is more complex than that: European feminism was founded in Renaissance England and Italy, and the ties to both Shakespeare and Zeffirelli’s works make for a fascinating study.

Unit Three:
Adoption and Adaptation—British Feminism and Womanhood in Florence
Armed with an appreciation for how feminism was both anticipated and developed in British- Florence works, this unit will focus upon how women were portrayed by both men and by women. It will note where feminism thrives, as well as where it is virtually non-existent. An appreciation for adaptation theory will enhance an understanding of how cultural perspectives of feminism are adapted into various media—or not adapted. The key question will be with regard to how a medium (a novel, a short story, a play/musical, or a film) adopts feminist or counter-feminist perspectives, as well as how that work is adapted into alternative media to either further or curb the adoption. Finally, this unit will consider the concepts of adoptions and adaptations in terms of Florence and feminism specifically.

Unit Four:
Contemporary Florence Feminist Discussions
This final unit continues the discourse over adoption and adaptation that is begun and developed in the previous unit. It concludes with an American adoption of Florence feminist adaptation: both the novel and the adapted film. 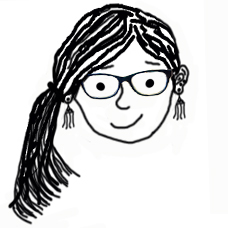